More than a performing Artist, Viva Fidel is a vehicle internationally for political and social change. Through an extensive body of work, Fidel has earned many 'titles' ranging from Executive, Motivational  Speaker, Teaching Artist, Lecturer, Community Organizer, Freelance Journalist, Actor, Curator, Emcee as well as Music & Film Producer.  He understands the popularity of Hip-Hop Culture and is well respected in the industry, without compromising meaning or mission.

Fidel’s has garnered “industry” & “in the streets” credibility not only by being a passionate indie artist but also by dedicating his time to cultural community development. 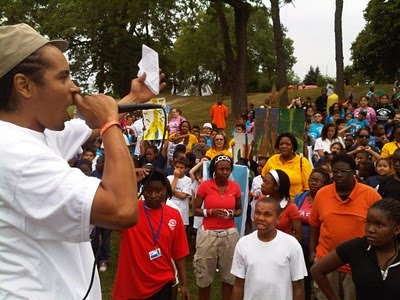 
In 2005, his hard work and efforts were recognized when he was awarded the “Wisconsin Giraffe Award” which is given by The Wisconsin Council of Family and Children honoring nominees who “stick their necks out” and make profound sacrifices for our children.

In 2008 August 7th was named Summer of Peace Initiative Day by the Mayor of Milwaukee for an event Viva Fidel founded and still coordinates annually.

In 2009 Fidel was awarded the 'Faces of Hope' Award by Congresswoman Gwen Moore for his community and business marketing services.

In 2012 marked the 10 year anniversary for Summer of Peace receiving Statewide proclamations and recognition.

In 2013 Fidel coordinated Summer of Peace programs & events in Chicago, IL and is planning for introducing the movement to several major US cities in 2014!!!

* Fidel has his very own online talk radio show archive with over 50,000 downloads!

Viva Fidel has shared the same stage with international artists such as : Lupe Fiasco, Jean Grae, Dead Prez, KRS ONE, Kinto Sol, Too $hort & Pharoah Monch to name a few.

ALL MEDIA & other REQUESTS:
ALL BOOKINGS: (SHOWS, PANELS, WORKSHOPS, APPEARANCES): 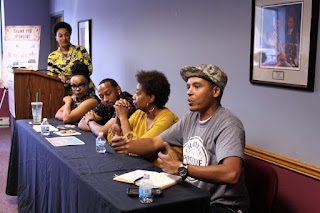 Recent panel discussion about the role of arts in social justice hosted by Bronzeville Milwaukee. 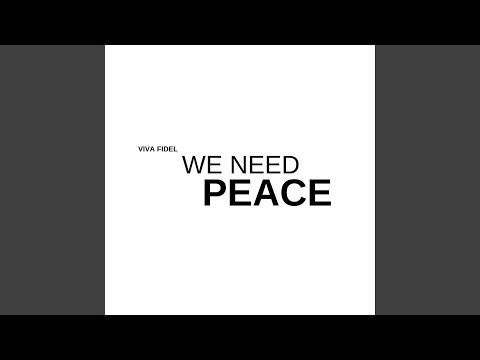 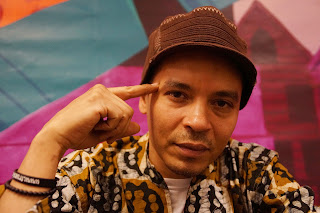 Given a politically impactful name by his self-described revolutionary parents, Fidel Verdin uses hip hop and other urban arts to engage Milwaukee’s youth in social justice and personal healing. read the article
watch the video